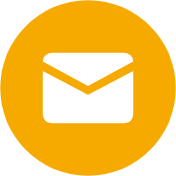 (Summary description)In electronic circuits, key switches without locks are widely used. Because it does not need to pass a large current.

In electronic circuits, key switches without locks are widely used. Because it does not need to pass a large current. So usually its shape and volume are relatively small, and it is often called a touch button or a micro switch. Mouse buttons and mobile phone keyboards are typical examples of key switches without locks. Modern electronic equipment and instrumentation generally have human-computer interaction functions. Touch buttons are one of the main elements in the human-computer interaction. The number of presses, the length of time they are pressed, and which key is pressed determine the appropriate response.

In the process of the development of human-computer interaction interface, a technology called thin-film button has replaced the light touch button in many occasions. The thin-film button can embed multiple metal contacts into a film composed of several layers of films according to the requirements of users. In the panel, a printing method is used to generate metal connections and connect the metal contacts with external connection terminals through FPC connection tapes. The membrane button has a small touch and can realize multiple buttons at the same time. It simplifies the machine reduction design of the board while being beautiful. In addition, it also has a certain waterproof performance, so it is welcomed by many users. However, because the membrane keys need to be customized, its manufacturing process is complicated, resulting in high costs. At the same time, its mechanical contacts have life limitations and other factors, which limit its application.